IFPRI, ReSAKSS consults with the Minister of Agriculture for Angola on working partnerships

The Director of IFPRI for Africa –Dr Ousmane Badiane, accompanied by Dr Greenwell Matchaya (ReSAKSS-SA Coordinator) had consultation meetings with the Minister of Agriculture for Angola Agriculture (Honourable Antonio Francisco de Assis) and Departmental Heads on the 16th of August 2019.

The objectives of the meetings were to explore ways of strengthening the working relationships between the Angolan government and IFPRI/ ReSAKSS in the development of the Agriculture Sector as a means for achieving pro-poor development. Of focus was how to advance evidence based policy planning and implementation in Angola’s agriculture sector as a step towards reducing poverty and bettering livelihoods.

While a range of issues was discussed, the IFPRI Director for Africa presented on the breadth of the support that IFPRI offers to countries through evidence in the course of agricultural development and Greenwell presented the Malabo Goals and Milestones Reports that ReSAKSS/IFPRI have produced for Angola and is an integral input in the NAIP for Angola. 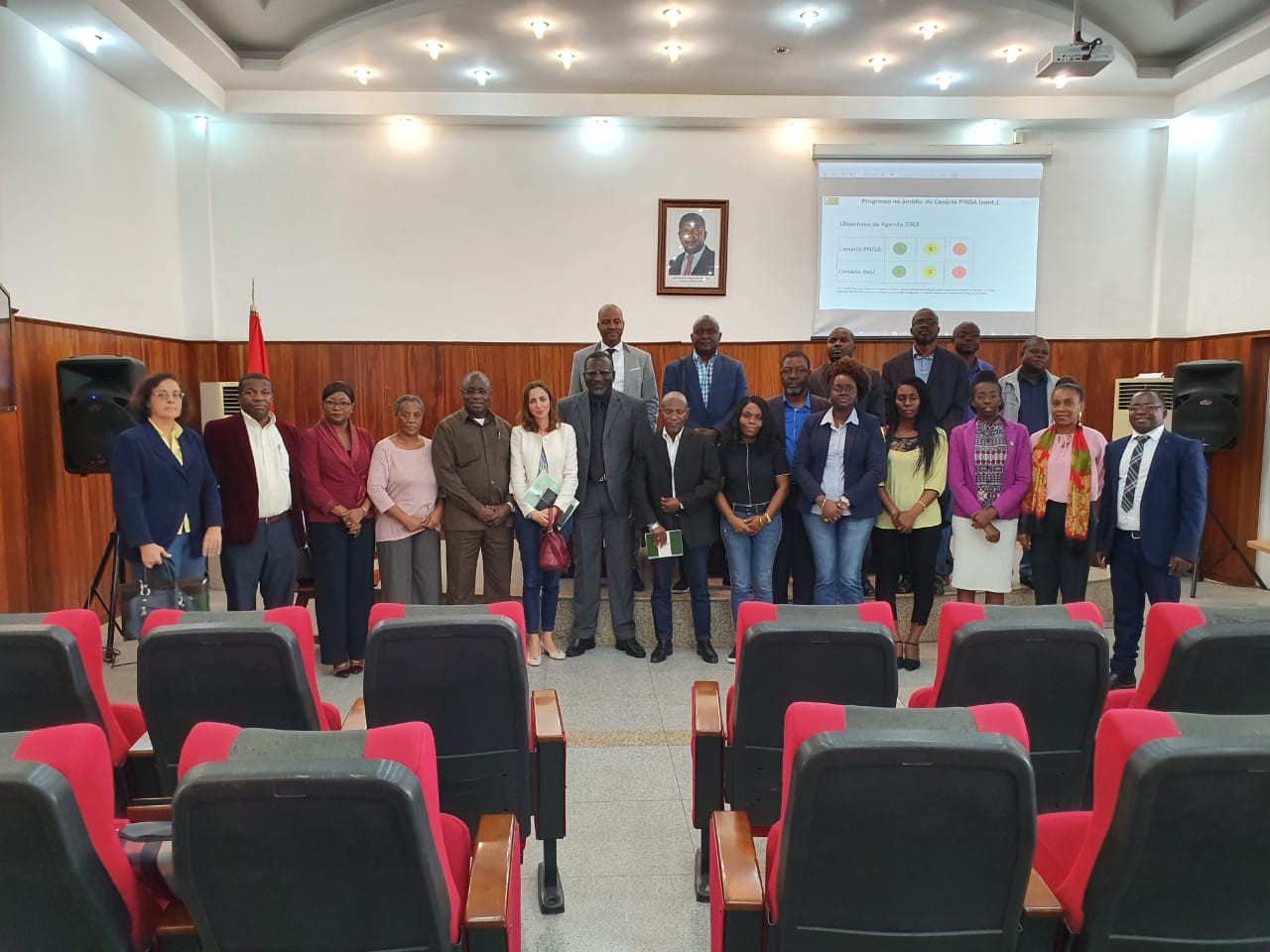 After the IFPRI/ReSAKSS seminar to agriculture ministry departmental heads, participants pose for a photo

At the end of the consultations, there was a firm agreement that IFPRI/RESAKSS should play a further role in Angola and this should be in collaboration with various partners in the sector. The minister urged for results and productive support to the agriculture sector whose productivity is still stagnant. It is expected that IFPRI/ReSAKSS and the Angolan government will continue to dialogue with a focus on evidence generation, sectoral analysis, monitoring and evaluation.