African Union led initiatives have been shaping policy debates and driving research agendas towards the transformation of African agriculture for the last two decades. Continent-wide policies have set a clear vision for African agriculture and now the frontrunners are being recognised. 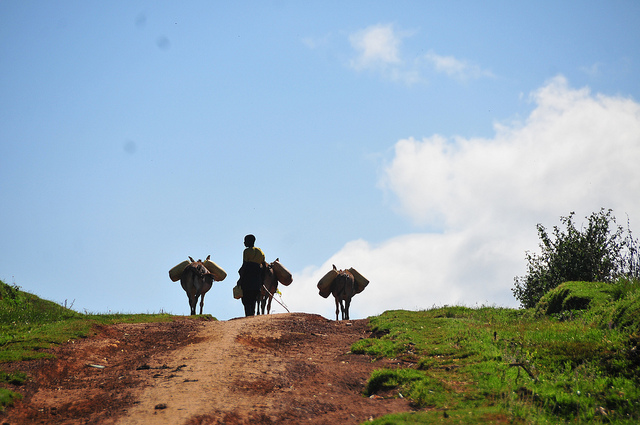 We know that African agriculture has great potential

Africa spends $35 billion every year on food imports but has 65 percent of uncultivated arable landwhich could, if utilised, feed nine billion people by 2050. Africa’s economic growth is also dependent on the agriculture sector which has enormous potential, but it is currently being squandered.

So, why is productivity still so low? There are many factors to consider, a lack of new technologies and machines, low levels of irrigation, low use of fertilizers and pesticides and issues of access to high-yielding seeds, markets and financing all hold farmers back.

Africa’s potential lies in its land, water and oceans, its young and growing labour force, and in its burgeoning economic markets. The agriculture sector is best positioned to help end poverty and hunger, boost intra-African trade and investments and create jobs. Growth in the sector is astonishingly two to four times more effective in raising incomes amongst the poorest compared to other sectors.

There are misconceptions that aim to explain why the sector isn’t as productive as it could be. One of these is that African agricultural growth is not guided by high-level policies and is, therefore, failing to meet expectations.

This is wrong. In fact, African decision makers recognized long ago that the enormous potential of the continent depended on modernizing and investing in agriculture. Continent-wide programs that engaged heads of states, member states communities and regional economic communities were set up to transform Africa’s agriculture. In that spirit, in 2010, the African Union chose to make agriculture one of the pillars of the New Partnership for African Development (NEPAD).

Ibrahim Assane Mayaki, the Chief Executive Officer of the NEPAD Agency rightfully stated: “Agriculture is everyone’s business: national independence depends on its development because it enables us to escape the scourge of food insecurity that undermines our sovereignty and fosters sedition”.

Even though programs can stall at the implementation stage, perhaps due to political changes or a lack of financial resources and data for decision making, existing policy efforts designed at the continental level to change the state of African agriculture sector should be acknowledged for their impact.

The Comprehensive African Agriculture Development Programme (CAADP) paved the way to transform African agriculture. Launched by the African Union in 2003, it put agriculture on the agenda for intra-African talks. Countries that signed up to CAADP were expected to allocate at least 10 percent of their national budgets to agriculture and achieve 6 percent growth in the sector. CAADP has been recognized as having a positive impact on diversifying agricultural systems to include packaging and processes and increasing land and labour productivity.

In 2014 African Union Heads of States and Governments adopted the Malabo Declaration. They set new goals for the agriculture sector and committed to ending hunger by 2025. This was to be done by: realising their commitments to the CAADP process; investing in agriculture; halving poverty through inclusive agricultural growth; boosting intra-African trade; enhancing resilience to climate variability and reviewing progress and performance every two years.

Since the Malabo declaration several countries, including Ghana, Zambia, Mali, Congo and Senegal, have increased or have exceeded their investments in agriculture as per their CAADP targets and encouragingly have seen corresponding reductions in hunger and poverty, and increases in productivity.

Three years after the declaration came into force the African Union implemented Biennial Reviews to track performance. The first of which was launched last month in Gabon and supported by discussions and debate. The review results were enabled by the Africa Agriculture Transformation Scorecard (AATS), a first-of-its-kind tool in Africa, that works by capturing the continent’s agricultural progress based on a data. Countries were assessed on the seven commitments in the Malabo declaration and across 43 indicators.

The review revealed that only 20 of the 47 Member States that reported are on track to achieving the commitments. It set the benchmark at 3.94 out of 10 - the minimum countries need to do to be considered on track. However, frontrunners were recognised, Rwanda was hailed as the African champion with a score of 6.1, followed by Mali with 5.6 and Morocco with 5.5. East Africa performed best followed by Southern Africa. The report also highlights the issues that are being neglected, for example, Mauritius is the only country on track to meet the climate change resilience goal.

Measuring to what extent the declaration commitments are being implemented and what impact they have on driving up agricultural productivity is critical for learning. Governments and policymakers need to support each other in order to achieve the ambitious Malabo Declaration targets. Encouragingly, African Heads of States have shown their willingness to implement ambitious continental policies and transform African agriculture.